Enjoy your baths even more, knowing that your water is being heated free by the sun’s unlimited energy

Do you know how much you are spending on water heating? 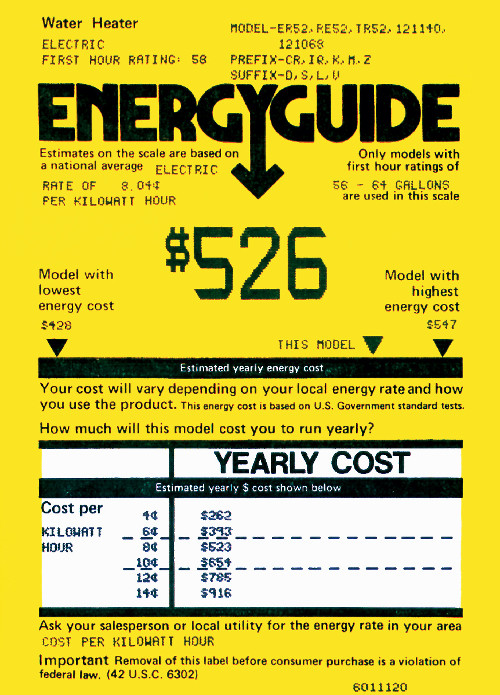 Once you’ve found your monthly water heating expense, you can approximate the savings that GUARDIAN can provide you.* In most cases, the savings add up to more than the investment made by upgrading to solar. GUARDIAN water heaters are designed for maximum efficiency. In fact, GUARDIAN is so efficient that it will, on average, supply most of your water heating needs.

*Due to regional variations, total annual savings tend to fluctuate from location to location. Ask your local water heating expert what you can expect for your individual savings.

GUARDIAN Water Heaters have been approved for a very special, low payment program that allows you to begin saving immediately, without any down payment required. Now, anyone can afford to have one. Wouldn’t you like to start saving today?

Intelligent automation is the key to GUARDIAN’S outstanding efficiency. Designed to be self-sufficient, GUARDIAN will turn on and off daily, collecting heat whenever it is available. GUARDIAN’S ‘brain’ is an automatic controller, which alerts the pumps when to run. The units’ solar circulation pump distributes cold water from the bottom of the heat exchange reservoir through the solar collector(s), and returns the heated water to the exchange reservoir. Simultaneously, cold water is pumped from the bottom of the solar storage tank up to the heat exchange reservoir. This water collects its heat from the upper tank and returns back to the bottom storage tank hot and ready for use. The cycle continues as long as the sun is available to provide heat to your water. When there is no solar heat available, the controller turns the pumps off. Any water circulating through the collector drains back into the exchange reservoir, which protects the collectors from freezing during the winter months.

If your family ever needs more hot water than the sun can provide, or in long periods of inclement weather, GUARDIAN’S back-up heating element automatically takes over, insuring that you will always have all the hot water you need.

Enjoy your baths even more, knowing that your water is being heated free by the sun’s unlimited energy. Rest assured that your GUARDIAN water heating system is automatically providing your family with these great benefits: savings, reduced energy consumption, reduced pollution, and even added value to your home. To begin taking advantage of GUARDIAN’S financial and environmental benefits, contact your local GUARDIAN dealer today. 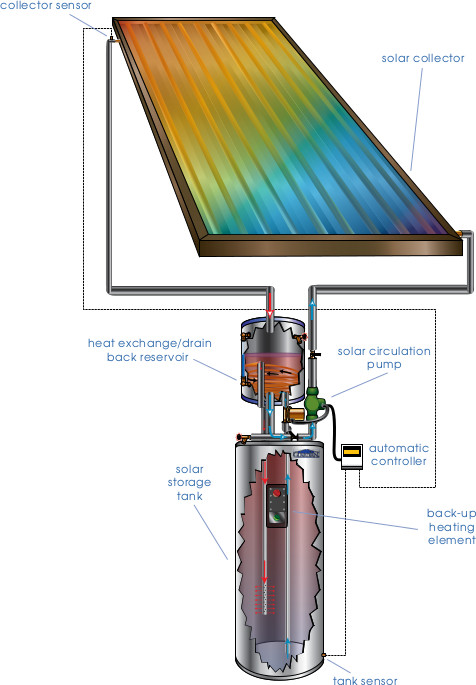 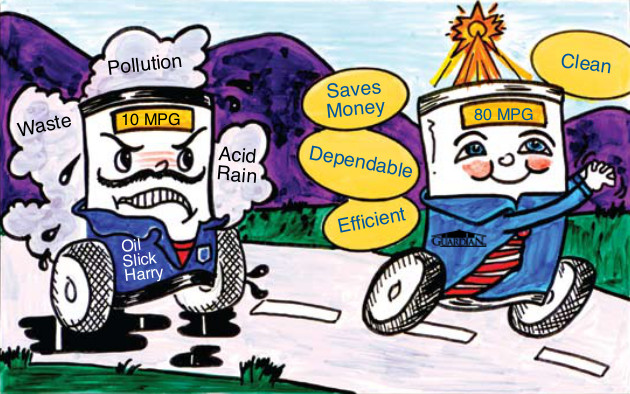 “Move over Oil Slick Harry. Your energy guzzling days are over. It’s time for cleaner, more efficient water heaters, like me!”

Guardian™ is the “world’s most energy-efficient home appliance”

Did you know that your electric water heater produces as much energy as an automobile? A car that gets 20 mpg and travels 12,000 miles in a year, consumes approximately 11 barrels of oil. A family of four would use the same amount of energy produced by that car in a year, just heating water, by using an average amount of hot water per day (70 gallons). In other words, installing a GUARDIAN water heater for your home provides the same energy saving benefits as taking an average car off the road.

Water pours over Niagara Falls at 5 billion gallons per hour. If gasoline poured over Niagara instead of water, for more than 200 million years, and all of that gasoline was burned, it would produce the same amount of energy as the sun produces every hour.

People use more than 50 trillion kilowatt-hours of power every year. As astounding as that sounds, the sun carries energy to the earth at a much higher rate, totaling more than 700 quadrillion (that’s 700 followed by 15 zeros) kilowatts in the same year’s time. Saying it another way, the sun provides enough energy to the earth to satisfy the world’s energy needs for a whole year, in only 40 minutes.

Over a million homeowners are currently harnessing the sun’s unlimited, free energy through solar water heating systems. Those systems are estimated to be saving over 500 million kilowatt-hours of electricity, every year.

By installing a GUARDIAN water heater you will take your electric or gas water heater off the ‘Energy Guzzling Highway’, take advantage of the sun’s unlimited free energy, do your part to conserve our natural resources, and join the nearly one million homeowners who proudly own and benefit from their own solar water heater. Read further to find how GUARDIAN can begin helping your family.

Not only are GUARDIAN water heaters efficient and economically smart, they are also completely self-sufficient. Like your current water heater, you don’t ever have to worry about having hot water. GUARDIAN takes care of itself. It knows when to collect heat from the sun, and when not to. It knows when no electricity is needed (which is almost all of the time), and when to provide back-up heat to insure your comfort. GUARDIAN is so smart that you can just kick back, take a deep breath, and simply enjoy the savings it provides.

GUARDIAN water heaters have also withstood the test of time. For more than 25 years, similar heaters have performed faithfully. With recent improvements in design, product technology and manufacturing, your GUARDIAN water heater can be expected to last, trouble-free, longer than ever before. In fact, GUARDIAN is so efficient and reliable that the savings it provides should pay for itself many times over. Doesn’t it make sense for your family to consider GUARDIAN, too?